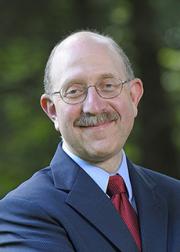 Professor Chanenson is the Director of the Villanova Sentencing Workshop and former Chair of the Pennsylvania Commission on Sentencing. An elected member of the American Law Institute, Professor Chanenson was the Liaison from the National Association of Sentencing Commissions to the American Law Institute regarding efforts to revise the sentencing portions of the Model Penal Code. He was the Reporter for the Uniform Law Commission’s recently adopted Criminal Records Accuracy Act.  In addition, he is currently a Managing Editor of and frequent contributor to the Federal Sentencing Reporter (University of California Press/Vera Institute of Justice), the leading professional journal of brief commentary on sentencing law, theory, and reform.   In recognition of his dedication to public service, the Truman Foundation named Professor Chanenson a Truman Scholar and subsequently bestowed upon him early in the Truman Foundation's Judge Joseph Stevens Award for Outstanding Public Service in the Field of Law in 2005.  Professor Chanenson received a B.A. in economics and M.S. in criminology from the University of Pennsylvania and a J.D. from the University of Chicago Law School.  He clerked for Judge Phyllis A. Kravitch of the United States Court of Appeals for the Eleventh Circuit and Supreme Court Associate Justice William J. Brennan, Jr. He also served in the Chambers of the Honorable David H. Souter. Before entering teaching, he practiced at a major commercial law firm and served as an Assistant U.S. Attorney in the Criminal Division in Chicago.  While at LAPA he will be examining what happens when selected Nordic penal practices are adopted in an American prison.