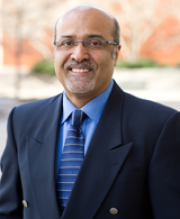 Tayyab Mahmud is Professor of Law and Director of the Center for Global Justice at Seattle University School of Law, where he teaches comparative constitutional law, international law, legal theory, and legal history. He received his B.A. from Punjab University, M. Sc. (International Relations) from Islamabad University, Ph.D. (Political Science) from University of Hawaii, and J.D. from University of California Hastings College of Law. His writings in the areas of comparative constitutional law, international law, critical legal theory, colonial legal regimes, and postcolonial legal systems have appeared in numerous legal journals. He has served on the editorial boards of several journals in comparative and international law. He is a past co-president of the Society of American Law Teachers (SALT), and currently serves on the Steering Committee of the Board of Directors of Latina/o Critical Legal Studies, Inc. (LatCrit). His current research is focused on extra-constitutional usurpation and exercise of power in post-colonial states.