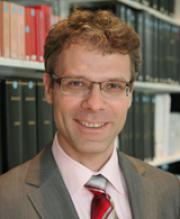 Upon graduating from Yale Law School in 1995, Teemu Ruskola was an associate at Cleary Gottlieb Steen & Hamilton 1995-96, working in the firm's New York and Hong Kong offices. Thereafter, he completed a Master's Degree in East Asian Studies at Stanford, where he also taught legal research and writing 1997-99. He began teaching at the Washington College of Law in 1999. He visited at Cornell Law School in 2001-02. In 2002-03 he held a Charles A. Ryskamp Research Fellowship with the American Council of Learned Societies, which he spent as a sabbatical visitor at the Center for the Study of Law and Culture and as a senior fellow at the Center for Chinese Legal Studies at Columbia Law School in fall 2002, and as a visiting scholar at the Crowley Program for International Human Rights at Fordham Law School in spring 2003. He is spending 2006-07 on a fellowship at the Program in Law and Public Affairs at Princeton University, where he is examining the history of the introduction of Western international law into China as well as the theoretical implications of that process to the politics of international law more generally.

Professor Ruskola's courses include Business Associations, Chinese Law, Comparative Law, Contracts, and Sales and Secured Transactions. His scholarship addresses questions of legal theory from multiple perspectives, historical as well as comparative, frequently with China as a vantage point. His publications--appearing in the American Quarterly, Michigan Law Review, Stanford Law Review, Social Text, and Yale Law Journal, among other places—explore the intersection of corporate and family law in China, "legal Orientalism" and the methodological problems of comparative law, and the history and politics of American sovereignty in the Asia-Pacific. He is a member of the Executive Committee of the American Society of Comparative Law and of the Board of Editors of the American Journal of Comparative Law. He is also a former Chair of the Comparative Law Section of the Association of American Law Schools.

"Canton Is Not Boston: The Invention of American Imperial Sovereignty," 57 Am. Q. 859 (2005) (reprinted in Legal Borderlands: Law and the Construction of American Borders (Mary L. Dudziak & Leti Volpp, eds. 2006)).

"Home Economics: What Is the Difference Between a Family and a Corporation?," in Rethinking Commodification (Joan Williams & Martha Ertman, eds., 2005).