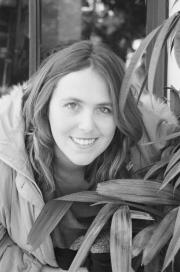 Yael Berda is an Israeli Lawyer and a PhD student in the Department of Sociology at Princeton University. Born in New York City and raised in West Jerusalem, Yael has been highly engaged in social justice activism and politics in Israel.

Her first book, "the Bureaucracy of the Occupation in the West Bank: The Permit Regime 2000-2006" was published in July 2012, by the Van Leer Institute in Jerusalem and Hakibutz Hameuhad Publishing (Hebrew). you can read more about it here http://www.haaretz.com/culture/books/probing-the-bureaucracy-of-occupation-1.453805

Yael graduated from the faculty of Law at Hebrew University in Jerusalem, and pursued her Masters degree at the department of Sociology and Anthropology at Tel Aviv University. Her masters thesis looked at the bureaucracy of the occupation in the  Occupied Palestinian Territories. The first institutional ethnography of the permit regime in the West bank, it explores the influence of Colonial administrative legacies on the contemporary military civil administration in the occupied territories. The thesis was published as a book in July 2012. Link to Publisher's Website http://www.vanleer.org.il/en/node/1565

Yael is currently working on her dissertation project which exaamines the legal construction of political membership in Israel, india and Cyprus. It is an effort to trace how British Colonial administration shaped the practices of routines of the independent states, in which partition plans were concieved as a solution to intercommuncal conflict. She pays particular attention to the role of emergency laws, classification practices and targeting of suspicious populations. Working with documents from archives in India, Israel, Cyprus and the UK, Yael offers a comparative analysis of the administrative legacies of the British empire on Citizenship, population management and the exclusion of minorities and the diffusion of those practices in a transnational persepctive.  Her work has been recognized and supported by grants from SSRC, The National Science Foundation, The ACLS, The Ford Foundation and others.

Regime change carries a promise that it will to bring about transformation, reform and progress. However, even after political leadership undergoes radical changes, the "iron cage" of state bureaucracies, often prevents implementation of new policies. Nowhere is this more visible than in the transition of modern states from colony into post-colony, where one would expect independent governments to differentiate themselves from their colonial predecessors. But former British colonies reveal surprising degrees of formal similarity to the new democratic regimes, in their definitions of citizenship, residency and immigration. This project goes beneath that formal surface to examine administrative practices of three former British colonies in the area of population management before and after independence. It asks when, how and why colonial legacies persist, tracing these legacies and how they shape the governing practices of nascent democracies.

in the dissertation, Yael constructs an institutional theory of regime change focusing on the effects of previous regimes on the organizational aspects of state administration- bureaucratic structures, rules and practices. Contemporary scholarship in law and social science has recognized the importance of the executive branch of government and state bureaucracies as loci of power that determines the practical aspects of a regime's commitment to democracy and human rights. Yael's theory and rigorous analysis of the archival evidence in the empirical cases will provide a framework for predicting the trajectory of state population-management policies following regime change. This framework employs a typology of mechanisms of continuity based on two criteria: 1) the continuity of legal structure 2) continuity of personnel of the state bureaucracy that have been inherited from a previous regime.

To examine colonial practices and their legacies, Yael explore the micro-routines of administrative practices in three former British colonies: Israel, Cyprus and India. All three states suffered from inter-communal violence and subsequent partition following their independence from the British Empire. Through historical comparison of their administrative archives, focusing on the organizational practices, routines and categorizations, she compare the administration in the colonial state to the ministries of interior in the independent states, tracing what she calls the mechanism of administrative memory. That will advance sociological understanding contemporary administrative discrimination that has its historical origins in the previous regime. This study concentrates on the state offices that develop forms, chains of command, internal regulations, and problem-solving strategies, examining both their rule-based procedures and their discretionary power, as the states moved from colonial governance through independence.

In recent years, the field of population management, in which governments classify populations according to their status as citizens, residents, aliens, intruders or suspicious persons, has become crucial to issues of security and national identity and has received much attention from social scientists, legal scholars, and policy analysts. This project explores how those classifications are created and instantiated in daily administrative practices, even through regime changes, providing theoretical tools that others may use to trace the trajectories of new regimes and predict outcomes in states undergoing regime change through revolutions or constitutional change. Understanding how mechanisms of continuity perpetuate inequalities and prevent change will enable policy makers to better anticipate where active organizational transformation is needed in order to promote democratic practices and curb legacies of discrimination.

Yael is interested in the intersections of Administrative and Criminal Law, Law and National Security, International Law, Comparative Law, historical - comparative sociology, Organizations, Global and Transnational Sociology (with a special focus on South Asia) the sociology of culture, social theory and postcolonial theory, and how these interdisciplanary lenses provide tools for understanding government and administration in states of conflict at the international, state and urban levels.

Before coming to Princeton and LAPA, Yael was a practicing Human rights lawyer in Israel, first in the law offices of Avidgor Feldman, and than pursued her own practice in Jerusalem focusing on Administrative and constitution Law, criminal law  and the law of armed conflict specifically cases of freedom of speech , freedom of association, and freedom of movement. She has argued cases in the Israeli Supreme court, the district administrative courts and the military criminal courts.

In 1997, she co-founded the Mahapach - taghir movement, which has grown to be the largest community organizing student movement in the county focusing on social rights and civic participation of residents of disempowered communities in Jewish neighborhoods and Palestinian villages. During the last decade she has run election campaigns for primary elections and Municipal Elections in Jerusalem. Yael has worked in the Israeli parliament, as a columnist and a political commentator for channel 10's "Politics Plus" television program. She has spoken to diverse audiences, from university students in campuses across the US, religious communities, and the UN general assembly. She contributs op-eds to Haaretz newspaper in Israel.

in 2011, she led the protests in Israel that came to be known as "the Stroller Protests", in which thousands of women and young families took to the streets across the country demanding childcare and equal rights for working women.

Berda, Yael. The Peculiar Persistence of Colonial Legacies: Why New Nations Reproduce State Practices against which their Founders Struggled. The Emergency Defense Regulations in Israel and India (under review). This article explores how colonial emergency laws were inherited in Israel and India. Using new materials: private papers, decisions and interviews with officials, I provide a rich empirical account and analysis of how emergency laws created during Mandate Palestine (1923-1947) were used to fashion Israel’s rule of the Occupied Territories in 1967. I trace the evolution of the Defense Regulations (State of Emergency) of 1945, which have been called “probably the most powerful legal weapon of war”.  I compare Israel’s use of these laws to India’s use of similar laws on preventative detention and the Armed Forces Special Powers Act.  The transition from colonial rule to independent states serves as a natural experiment to study the administrative similar legal trajectories on very different governments. I suggest mechanisms to show that during political transitions, the way new administrations inherit institutional practices affects the independent states’ commitment to the rule of law and citizen’s rights.

Berda, Yael.  From Subjects to Citizens and Suspects: Emergency Law and Administrative Practices in Independent India, Israel and Cyprus - The First Decade. (In Progress.) In this article I explore the role of emergency laws in shaping political membership in the three independent states. I show how laws and practices of surveillance, security and monitoring movement in the colonial state shaped the boundaries of citizenship through administrative structures. During the first decade, the ministries of interior employed practices of emergency that originated in the colonial state. In the aftermath of partition and independence, both Israel and India established permit regimes to control the movement of populations across the unsettled borders. These spatial-legal systems of surveillance and control, established at a time of emergency, were institutional mechanisms that shaped boundaries and belonging by administrative means. I compare finding on these permit regimes to the legacies of emergency in Cyprus that had a very different outcome.

Berda Yael, Barnea Gilad & Ofer Sitbon. “Privatization and Public Interest Lawyering: The Radiating Effect of the Supreme Court Decision to Annul Prison Privatization”. (In Progress) In this article we argue that privitization of core government authorities create structural changes. Litigation against privitization processes of core government authorities must address these institutional-structural changes in executive authority, and not rely on potential violations to individual rights. In light of the Israeli Supreme Court decision to annul a law privitizing prisons, we show how litigation against privatization of core state authorites is changing the role of public interest lawyers engaged in civil rights work in Israel.

Berda Yael, and Kyla Thomas. “Legal Zones: Graffiti, Law Enforcement and Corporate Developers in New York City” (In progress) In this article, we show how selective law enforcement of urban spaces is related to gentrification and real estate interests. Focusing on policing of graffiti and other “quality of life” related offences, we use NYPD “Stop and Frisk” data and NYC government zoning permit data to explore why law enforcement resources are distributed unevenly throughout the city. Through GIS mapping and statistical analysis we find, that the heaviest policing of graffiti is not related to crime rates or type of population, but to future corporate real estate development interests.