Michael Paris, Associate Professor of Political Science and Global Affairs, College of Staten Island, City University of New York
Derrick Bell and the Lost Cause of School Desegregation: A Reexamination 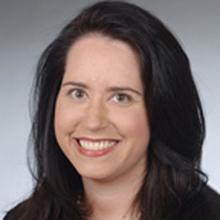 Lynda Dodd is the Joseph H. Flom Professor of Legal Studies in the Department of Political Science and the Skadden, Arps Honors Program in Legal Studies.  Her teaching and research focus on American political and constitutional development, constitutional law and theory, jurisprudence, and civil rights litigation. She graduated from Yale Law School in 2000 and completed a Ph.D. in Politics at Princeton University in 2004. She has previously worked as a litigation associate in the D.C. office of the law firm Sidley Austin, and at the Brennan Center for Justice at the New York University School of Law. She has taught political science courses to undergraduate students at a number of universities and colleges including Princeton, Yale, and Wellesley, and from 2005-2010 she was a member of the law faculty at American University's Washington College of Law, where she taught constitutional law and torts, as well as seminars in jurisprudence, constitutional theory, and civil rights litigation. In 2010, she became the Joseph H. Flom Professor in the Skadden, Arps Honors Program in Legal Studies. Since joining the program, she has designed and taught a series of honors seminars on civil liberties, jurisprudence, constitutional history, and advanced legal analysis. In the spring of 2011, she was honored with an outstanding faculty award by the City College Undergraduate Student Government for her service and teaching. Her book project, Taming the Rights Revolution: The Supreme Court, Constitutional Torts, and the Elusive Quest for Accountability, examines the political and legal debates regarding civil rights litigation under Section 1983, from its origins in the Civil Rights Act of 1871 to the Roberts Court era. She has begun research for a second book project on women and constitutional citizenship in twentieth-century America. For this project she has published scholarship analyzing the campaign for the Nineteenth Amendment and has joined the Women Writing Women's Lives Seminar sponsored by the CUNY Graduate Center. 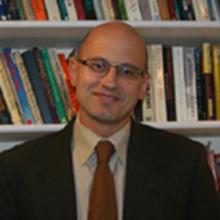 Michael Paris
College of Staten Island, City University of New York
Website
Professor Paris has been on the faculty since 2007. He teaches courses in constitutional law, civil liberties, and law and public policy. Professor Paris is the author of Framing Equal Opportunity: Law and the Politics of School Finance Reform (Stanford University Press, 2010), which received an honorable mention for the 2011 C. Herman Pritchett Award, given annually by the American Political Science Association’s Law and Courts Section for the best book in the field published by a political scientist during the previous year.  Paris’s other publications include “Racial Liberalism and School Desegregation Jurisprudence: Notes Toward a Usable Past,” in Anne R. Oakes, Ed., Controversies in Equal Protection (forthcoming, Ashgate Publishers, 2015), and “The Politics of Rights: Then and Now,” Law and Social Inquiry, Vol. 31, Issue 4, Fall 2006, 999-1034.  He has received grants in support of his research from the Spencer Foundation in Chicago and the Research Foundation of the City University of New York. Professor Paris received the College of Staten Island's 2011 Dolphin Award for Outstanding Teaching by a Member of the Full-Time Faculty.