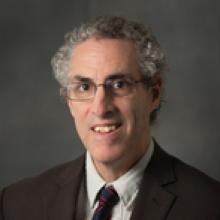 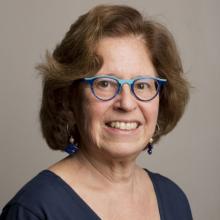 Carol Nackenoff is Richter Professor of Political Science at Swarthmore College, where she teaches American Politics, Constitutional Law, Environmental Politics, and Political Theory. Carol grew up in Arlington, Virginia. She received her B.A. from Smith College and her M.A. and Ph.D. from the University of Chicago. Her dissertation drew upon her training in American politics and survey research methods, and its chief question was the relationship between economic transformations affecting working Americans and their political beliefs and attachments. This interest was also pronounced in her historically grounded book, The Fictional Republic: Horatio Alger and American Political Discourse (Oxford, 1994). Carol's interest in the Alger story and the American dream of success is also in evidence in several publications in law and political science journals revisiting Louis Hartz's Liberal Tradition in America and considering the liberal tradition in law; she also authored an essay on success literature.  Carol is co-editor and contributor to Jane Addams and the Practice of Democracy (University of Illinois Press, 2009), a book on new directions in Jane Addams scholarship across the disciplines. Her interest in Addams stems from her engagement with activists and thinkers who offered alternative visions for American democracy and who were often critical of atomistic individualism. Carol's chief current research project is a manuscript on the contested meaning of citizenship in the United States from 1875-1925, a period that witnessed extensive conflict over the extent and terms of incorporation of women, African Americans, Native Americans, workers, and immigrants into the polity. In this project, activists, institutions (with special attention to the Court), and American political development are linked. Women's activism in a variety of arenas is important in this project. One publication that conveys some sense of the kind of work underway is "Constitutionalizing Terms of Inclusion: Friends of the Indian and Citizenship for Native Americans 1880s-1920s," in Ronald Kahn and Ken I. Kersch, eds., The Supreme Court and American Political Development (Lawrence: University Press of Kansas, 2006).  Carol is a member and the past president of the Horatio Alger Society. 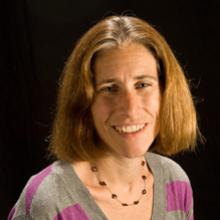 Julie Novkov
Professor and Collins Fellow, University at Albany, SUNY
Website
Julie Novkov is a Professor of Political Science and Women’s Studies at the University at Albany, SUNY. She came here in 2006 after spending ten years on the faculty at the University of Oregon. Her research and teaching are situated at the intersection of law, history, US political development, and subordinated identity. She views law as both a system of political and social control and as a site for reform through activists’ pressure. She is particularly interested in the way that the law defines and translates categories associated with identity, such as race and gender, and the ways that these categories transform and are transformed by legal discourse.  Professor Novkov is the author of Racial Union, which was the co-recipient of the American Political Science Association's 2009 Ralph Bunche Award for the best scholarly work in political science which explores the phenomenon of ethnic and cultural pluralism. This book argues that the criminal regulation of interracial intimacy played a pivotal role in shaping and reflecting the development of white supremacy in Alabama between the end of the Civil War and the beginning of the Civil Rights Era. Her first book, Constituting Workers, Protecting Women (Ann Arbor: University of Michigan Press 2001), addressed gender and constitutional development, rereading through the lens of gender the history of the courts' unwillingness to accept protective legislation for workers in the late nineteenth and early twentieth centuries. She is also the author of The Supreme Court and The Presidency, published by CQ Press in 2013. She is the co-editor of Statebuilding from the Margins (with Carol Nackenoff, published by the University of Pennsylvania Press in 2014),  Race and American Political Development (with Joseph Lowndes and Dorian Warren, published by Routledge Press in 2008), and Security Disarmed (with UAlbany professor Barbara Sutton and Sandra Morgen, published by Rutgers University Press in 2008).  Professor Novkov is actively engaged in the academy. In the American Political Science Association, she served on the Executive Council, organized panels for Constitutional Law and Jurisprudence, presided over the Sexuality and Politics Section, and chaired the LGBT Status Committee. She currently serves as the Program Chair and President-Elect of the Western Political Science Association, for which she has previously organized panels for Women and Politics and Politics and History and served on the Executive Council. In the Midwest Political Science Association she organized panels for Judicial Politics and Law and Courts. She has also served on numerous prize, award, and nomination committees. She currently serves on the editorial boards of the American Political Science Review, Polity, the Journal of Law and Courts, and Politics, Gender and Identities. In her spare time, she serves on the University at Albany’s Institutional Review Board.